Carillion – what it means for us all?

Huge corporate collapses occur with depressing regularity. Barings, WorldCom, Enron, Northern Rock, Lehman… each had their specific cause but they were all victims of spectacular misjudgement.

Carillion’s stats are eye watering: 43,000 employees, £900m debts and a £587m pension deficit. The government was pretty reliant on Carillion – it was the Ministry of Defence’s biggest military base manager, and a huge FM service provider for hospitals, courts, schools and key infrastructure projects. Here’s how the collapse unfolded.

A desperate scramble for cashflow

Carillion continued to bid for and win contracts despite profit warnings and cost overruns on government construction contracts. Securing more work was the only way to keep cash coming in and the company afloat. Carillion was betting that future costs of labour and materials would be cheaper than their winning bids.

Lots of commentators point out that Carillion’s balance sheet overstated intangible assets but had hardly any meaningful assets. At the end of 2016, things that could be sold in a crisis (ie fixed assets and stocks) accounted for just 5 per cent of the balance sheet. The rest was made up of intangible assets (for example goodwill), which today prove to be worthless.

Potentially, there was a spectacular auditing failure. In 2017, auditing firm KPMG raised no serious questions as it signed off on the accounts. Richard Howson, chief executive at the time, had told the company’s annual meeting that it had “made an encouraging start to the year”.  This suggests the audit missed the issues which would ultimately lead to Carillion’s failure.

The beginning of the end was on December 21 — when backer Banco Santander of Spain sent an email to suppliers saying all payments to them had been stopped.

The fallout from Carillion’s failure includes an estimated 450 contracts in the public sector with 208 different organisations that need to be renegotiated.

What does this mean for you?

If Carillion is one of your suppliers, (directly or as part of a supply chain), you must quickly establish if the entity you have contracted with has actually entered liquidation. Read more here:

If Carillion isn’t one of your suppliers but you outsource your projects or FM – here’s our advice:

The concluding lesson we take from Carillions failure is that no one is too big to fail and you must always do your due diligence on your partners and suppliers to avoid coming unstuck.

Contact John O’Brien, Founder and MD of LCMB on t: 01295 722823 e: [email protected] to explore how the LCMB team can help you improve your buildings, people and organisational performance and productivity in 2018. 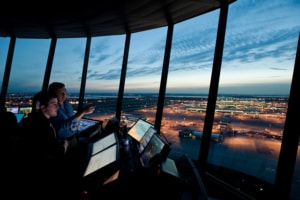 Join us at the LCMB Green Breakfast on Friday 18th September 2015,  Victoria Prentis, MP will present: An overview of the Government Economic and Green Policies for

The Group of seven industrial powers have agreed the world should phase out fossil fuel emissions this century, in a move hailed as a historic 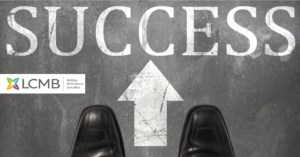 The Megatrends that will impact your workplaces, buildings and estates in 2022